Lobbying MPs, ministers and agencies on legislation and policy changes

The Right to Choose

In the last year, communications received from Rescare members have made the threat to residential care placements ever clearer. In particular, we were contacted by the family carers with relatives in an Hft/Self Unlimited facility in Lancashire whose closure and selling-off is now proposed. In December 2013, working in conjunction with the ‘families group’, we came up with a template letter, which we encouraged any Rescare member concerned with this issue to send to the relevant ministers (Full details here). 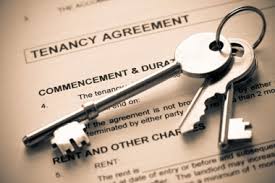 The legality of tenancy agreements applying to persons with a learning disability (especially those unable to understand what a tenancy is) has ‘traditionally’ been described as a grey area, and the complexity of the law makes it greyer..

The Court of Protection then issued  new guidance (revised revised guidance!)  in Feb 2012 on when it is advisable to make an application to the court in relation to a tenancy for a person who lacks the mental capacity to enter into a tenancy agreement. An excellent blog article on the Small Places website provided an explanation and background information:

As readers may be aware, last year a tribunal ruled that housing benefit was not payable to cover rent incurred through a tenancy agreement that was entered into on behalf of a person who lacked capacity  without the requisite authority of an LPA, deputyship or order of the Court of Protection.  The ruling in Wychavon District Council v EM [2011] caused significant consternation among housing providers, and groups involved in the care of adults with learning disabilities, as potentially it cast doubt on the viability of many supported living arrangements.  At the time of the original ruling, Neary Legal wrote an excellent post explaining why he felt the Wychavon ruling was flawed, and earlier this year the judge returned to the ruling and reversed it (see Nearly Legal’s summary of this second decision here).  This turnaround must come as a huge relief to local authorities, carers, housing providers and those supported living residents whose very homes were potentially at risk as a result of the ruling.  I should expect it’s something of a relief to the Court of Protection as well, who could have been flooded with emergency applications for orders for tenancy agreements!

The Small Spaces blog article by lawyer and academic Lucy Series is well worth reading in full, since it goes on to consider the intrinsic contradictions of the Supported Living model:

“The key difficulty, to me, seems to be that the ‘legal’ status of supported living services rests upon whether or not a location is regarded as a person’s own home, and yet incapacity potentially interferes with the entire gamut of choices and freedoms we have come to associate with ‘home’ – from where one lives, to who one lives with, from how one lives, to who supports you in living that way, rights of exclusion from the property, rights of invitation of others into the property, to rights of freedom of movement within the property.  It’s not just that the law has to catch up with the ‘economic viability’ of particular models of care, it’s that the law is founded in the presumption that all its subjects are autonomous, rational and free agents, and mental incapacity makes that presumption deeply, deeply, problematic.”

Did you know we have been supporting families of learning disabled people for over 35 years?Our national helpline is FREE to all members. Join today for £20 per year for exclusive access to our support line.If you have any questions about the learning disability sector for your family give us a call and we will be happy to help you.We provide independent advice on residential schooling and high quality, long term residential care to families of learning disabled people.Call today for more information on 07904 403 721 or drop us an email on helpline@rescare.org.uk#helpline #supportforfamilies #rescare #learningdisability #senfamilies #parentcarers #heretohelp ...

Meet Helen Wilman - She joined the trustees of Rescare in September 2020 and has taken up the role of Secretary. Helen grew up in Liverpool and completed a degree in Geography at Huddersfield Polytechnic where she met her husband. She has lived in Chester for the last 20 years with her four children.Helen is active in her local community, she set up a community association and she is always out and about walking the dog. Helen’s son is soon to complete his education at Dorin Park SEN college and is currently making the decision of what to do next. If you want to know more about what we do at Rescare please check out our website www.rescare.org.uk. You can become a member to get our full support for £20 per year.#rescare #senparents #supportforfamilies #membership #learningdisabilities #supportus ...