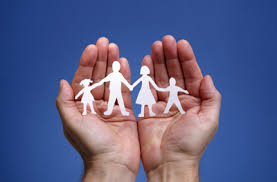 The Care Bill aims to simplify and improve on existing legislation for carers. Previously  known as the Draft Care and Support Bill, it will ultimately includes changes introduced via current pre-legislative scrutiny in parliament.

It is difficult to predict when the bill will be enacted, but its progress through Parliament may be monitored here. As at Feb. 2014,  it was awaiting its Report Stage in the House of Commons (‘Date to be announced’).

Carers organisations and representatives gave evidence to the Joint Committee on the Draft Bill, and continue  working hard with Government and in Parliament to secure further improvements for carers.

The following, taken from a Department of Health factsheet explains why legislative reform is needed

Why do we need to change the law?
The existing law for carers is split across three main Acts of Parliament, all of which mix provisions for carers of all ages. It is complicated, and makes it difficult for carers to understand their entitlements and to access the support they need to help them balance their caring role, and improve their health and wellbeing.
The existing law looks at carers in isolation, separate to the law for the people they care for. This reinforces the idea that carers are outside the mainstream of care and support.
The current law also treats carers differently to the people that they support. Carers do not have a legal right to receive support – local authorities only have a power to provide carers’ services. This means that, where local authorities provide carers’ services, the access to them, and the variety of support on offer, varies considerably.
Carers’ rights to an assessment are also different, and less generous than those of the people they support. The way support is provided in practice is not fair or consistent.

The most eagerly anticipated changes to be introduced when the Care Bill is enacted are :

The major concerns about the Bill are about funding and finance. These centre on:

Organisations such as Carers Trust and Carers UK publish information, factsheets and news updates on the Care Bill, and we recommend them to you.

Integration: There is an increased emphasis on integration in the Bill particularly between health and social care.
Wellbeing: Local authorities must now have regard to the well-being of parent carers when assessing their needs. The well-being principle applies to carers, as well as adults with care needs. This principle is the driving force behind the legislation.
Assessment: Adults and carers will have the same rights to an assessment on the appearance of needs. For carers this means that the previous requirement to provide ‘substantial’ and ‘regular’ care will be removed. The whole family will also be entitled to an assessment. Assessing what capabilities and existing resources a person may have needs careful consideration so that local authorities do not unduly rely on family and friends to provide care and support.
Eligibilty criteria: national eligibility criteria will apply. Where at least some needs meet the criteria, the local authority must consider what could be done. If none of the needs meet the criteria the local authority must still provide a written record of advice on what could be done to reduce, prevent and meet needs.

Rescare is a registered UK national charity that supports, and campaigns on behalf of, families and carers of people with learning disabilities.